Digital workplace came into existence a couple of decades back and has changed human lives beyond recognition. In today’s business environment it is nearly impossible to run a growing business without any technological support especially if your focus is improving process efficiency.

Staying ahead of the curve will seem daunting and this Roundtable discussion will focus on how to expand capabilities designed to provide a holistic approach to transforming digital workflows. You will understand the importance of setting up process groups to coordinate organization-wide efforts that can be instrumental in changing the game towards optimized processes and how keeping longevity is critical in achieving desired outcomes. 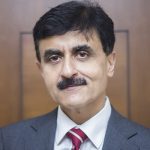 Amit started his career at ICI in India where he served for 18 years in a variety of commercial, M&A, manufacturing and General Management roles based in India as well as in Kuala Lumpur, Malaysia, where he managed commercial and operations functions for ICI’s specialty chemicals business, Uniqema, for Asia Pacific. 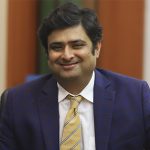 An industry veteran, Anup has had a rich career spanning over 23 years of which the last 20 have been with India’s leading insurance companies. He started his career journey in the year 1995 as a Sales Engineer with Gilson Medical Electronics in Delhi, where he was responsible for sales and service of pipettes. Post which, he joined DCW Home products as a Sales Officer where he was responsible for selling to shopkeepers in Hooghly, West Bengal “Captain Cook” brand salt and flour.

Anup’s excursion to the corner office has experienced the salt godowns of Sasaram in Bihar and Renukut in Uttar Pradesh and selling tea for Duncan’s.

Post the stints at DCW Home products and Duncans Tea Limited in Mumbai as an Area Sales Manager, he joined ICICI Prudential Life Insurance, a career choice he made, after falling in love with the architectural design of the then ICICI Prudential building at Bandra-Kurla Complex, Mumbai. He worked with them for 10 years, starting as a front-line sales executive and rose through the ranks to become Head – Sales and Distribution. ICICI Prudential marked the beginning of his career in the insurance space. In the last 10 years, he has held unique positions to lead companies in both Life and Non-Life Insurance sector with companies like HDFC Life Insurance as a Chief Distribution Officer, and Reliance Nippon Life Insurance and Edelweiss General Insurance: both places as CEO. Though ICICI Prudential and HDFC Life were organizations that established the firm framework of his career, it was Reliance Nippon Life where he made an imprint. During his 4 year tenure, arguably the most difficult period for the Life Insurance Industry since privatisation, the revenue of the company grew in twofold digits on the individual weighted received premium basis, while the industry declined in double digits, year on year, in the same period. From being the 3rd largest non-bank promoted Life Insurance Company, Anup catapulted Reliance Life to the largest by far and 5th largest among all players. It was the only “non-banca” company among the top 8 in that period.

In the year 2019, Anup Rau took over as an MD and CEO of Future Generali India Insurance. Under his leadership, the company has delivered higher-than-industry growth, improved profitability, became a player of serious scale and consequence in the retail health space and showed an enhanced focus on customer-centricity. Under his watch, the company been certified as a “Great Place to Work” 2 years in a row, is the industry benchmark on NPS, and an ET “Best Brand”.

Anup, like most Indians, has a passion for cricket. Besides being a Pink Floyd fan, he is a prolific reader with his library of over 4000 books, and over 400 rare and unusual menu cards. He supports an orphanage on the outskirts of Mumbai. He is also involved in encouraging adoption of the Indian Pariah and indigenous dogs and has a Rajapalayam as a pet.

He is an industry thought leader, an impactful CEO and the recipient of multiple accolades, including The Economic Times – Most Promising Business Leader in Asia award in the year 2020 and the Best Young CEOs (India’s Hottest Executive list) by Business Today conferred in the year 2014. 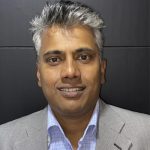 Arjun Ramaraju is the Chief Executive Officer of Conneqt Business Solutions Ltd. with more than 26 years of rich and diverse experience in IT & ITeS fields. Prior to this, Arjun served as Senior Vice President and Global Head at Wipro where he built several new businesses in Energy, Utilities, Mining, Engineering, Construction and Operations, working closely with Fortune 100 companies in their Digital, Outsourcing and Business Transformation agendas across 30 countries. Arjun holds an Engineering degree from B.M.S. College of Engineering and had participated in several leadership programs in IIM Bangalore and Harvard Business School. He is passionate about driving growth and mentoring leaders
Close 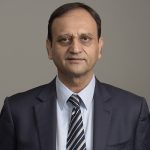 Ashish Khanna is currently the President – Renewables, Tata Power. He joined Tata Power in 2007. Mr. Khanna has more than three decades of rich experience in areas of renewables, utility, infrastructure, project management & contracts in both India and abroad. Mr. Khanna is an authority in the Renewable industry. Due of his vast knowledge & industry insights, he provides inputs to the government & regulatory bodies which help in formulating progressive policies for the Renewable industry. He is admired for his strategic thinking and commitment for execution excellence.

He has been instrumental in streamlining the business for increased efficiency and profitability by focusing on building state-of-the-art technology, engineering and strengthening employee engagement. His relentless passion for customer delight & pursuit of excellence has helped Tata Power Solar build strong competencies leveraging technology and innovation. After an excellent turnaround of Tata Power Solar by growing the revenue 4 times in the last 4 years which has made it a market leader in the solar segment, Mr. Khanna is now vested with the responsibility of growing renewables business for the Tata Power Group. Prior to Tata Power, Mr. Khanna has been associated with some reputed organizations like Bechtel and Engineering India Limited. He is a firm believer of optimistic approach for growth, teamwork, and positivity.

Mr. Khanna has been a dynamic member of various important forums like CII, FICCI, ICC to name a few. Being an influencer, Mr. Khanna shares his industry experiences with various government authorities which enables the officials to carveout policies or amendments benefiting the industry and consumers.

Besides being an Engineering graduate, he holds a Master’s degree in Management & Systems from IIT Delhi. 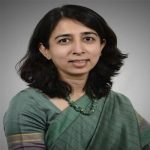 Rashmi Mohanty is the CEO – Interim and Group CFO for Clix. She has over 25 years of experience in the financial markets and has deep exposure across treasury, investor relations, corporate finance and derivatives. Prior to joining Clix, she has worked for Vedanta Limited, GE Capital, Deutsche Bank and Religare and has been instrumental in setting up and leading large treasury and investor relation function.

In her various assignments, she has worked on diversifying the funding sources, digitizing treasury operations, implementing efficient processes and policies in finance functions. Her initial stint with Deutsche Bank around the time when Indian financial markets were opening up, helped her build her financial acumen. As a corporate treasurer for large organizations such as GE Capital and Vedanta she has handled large balance sheets, responsible for managing the liability book and mitigating risks through structuring solutions, efficient use of financial products and leveraging relationships.

She is a Computer Science engineer from Delhi Institute of Technology (now NSIT) and a post graduate from Indian Institute of Management, Bangalore.

She is a fitness enthusiast, is passionate about long distance running and have participated in various marathon and ultra-marathon races. 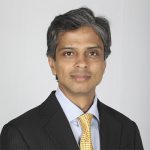 Shiv is the Co-Founder of DMI Group where he is a driving force behind the group’s vision and strategy.

DMI Finance, an NBFC which is the flagship of the group, is a leading player in consumer lending through digital channels. It is a B2B platform that partners with demand aggregators and fintechs to provide fast and efficient credit access to the entire spectrum of Bureau-thick, Bureau-thin and NTC. DMI aims to be the non-bank balance sheet and credit partner of choice for the rapidly growing ecosystem. The company forms symbiotic partnerships with technology-enabled players across the entire credit chain in order to provide the best customer experience.

A 25-year veteran of international financial markets, Shiv brings a wealth of experience in Global Fixed-Income trading and analytics that complements and informs DMI’s activities. He spent the vast majority of his Wall Street days at Salomon Brothers, a storied fixed-income powerhouse that was eventually acquired by Citigroup Inc. Shiv became Co-Head of all securitized products trading in North America in 2004 before leaving in 2008 to start DMI. 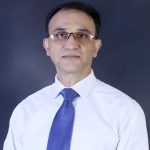 We are elated to extend you an invitation for our upcoming summit – The Economic Times Surge 2022 which will be... read more

We are elated to extend you an invitation for our upcoming summit – The Economic Times Surge 2022 which will be... read more