What is happening in the world right now is a tragedy for many, a struggle for others, and an inconvenience for some, but it is stripping us all down to an understanding of the need to connect. Competition breeds excellence, innovation, success — right? Well, not always, especially in the modern landscape of business. Technology has democratized the playing field and it is not always big corporations that come out with the multimillion-dollar ideas. Start-ups are becoming increasingly successful in launching, marketing and building brands that become the corporations of tomorrow

The session will bring together the leading minds from across industries on a single platform to discuss the latest trends and technology and see what it has in store for organizations post covid-19. Some broader points to be covered during the session:

In the times of this crisis, this dynamic session aims to equip you with the frameworks and strategies necessary to break through the clutter.

The session will throw light on newest trends, innovations, latest technology and recent changes happening due the pandemic and will focus on what all is required to meet the needs of the changing environment. 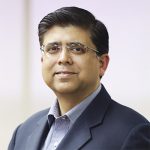 Dr. Vinayak is a Mechanical Engineer with Bachelor’s degree from Indian Institute of Technology, Kanpur and Master’s & Ph.D. from The Ohio State University. Prior to joining NTT data, Dr. Vinayak was managing R&D for United Technology – Sikorsky Helicopter’s Drive Systems Division where he was responsible for US Military and commercial helicopter research and development projects. He was also the chief analyst for Comanche Attack Helicopter and program manager for US Army’s Next Generation Rotorcraft for 21st Century (RDS-21). He also worked for United Technologies Research Center and Goodrich Aerospace as Chief Analyst for Brakes and Wheels division. Dr. Vinayak was called upon to consult with NASA in their effort to expeditiously get the space shuttle program flight-worthy after the Columbia disaster.
After working in large US corporations for one and a half decade, Harsh decided to take the entrepreneurial route – moved back to India and joined a BPO start-up, Worldzen which he helped grow into a profitable enterprise that was eventually acquired by NTT DATA where he led BPO Operations and Global Shared Services Organization. In addition, during his tenure at NTT DATA, Dr. Vinayak has led the Global Quality, Global Resource Management and India domestic Sales organizations.

Harsh has eleven US and International Patents and published over 20 journal articles. Today, besides running the R&D division of NTT DATA Services, as a hobby he develops and operates autonomous aerial drones for Armed forces. 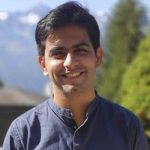 Mr Devesh Trivedi is the Co-founder and CEO at Inspektlabs. Prior to setting up Inspektlabs, he has worked as a management consultant with McKinsey & Co. for 4.5 years. Inspektlabs is a computer vision technology platform focused on automation of inspections of any physical asset using photos and videos. The company’s current focus is on automating car inspections for automotive and insurance players. Based in Delaware, USA, the company has development centres in Delhi and Jaipur. Inspektlabs’ patent pending technology allows insurance and automotive players reduce the cost of inspection by 98% and reduce the time required for inspections by 95%. 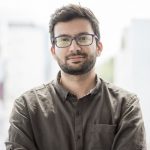 Mr Mrinal Pai is the Co-Founder of Skylark Drones. In 2014 Mr Pai co-founded Skylark Drones, a start-up that is disrupting the way aerial data is delivered to enterprises. Prior to setting up Skylark, Mr Pai was the Chief Design Engineer of Project Vyoma, a student-led aerodesign team at the RV College of Engineering in Bangalore, India. There, he was involved in the design of six Unmanned Aerial Vehicles (UAVs), and headed the design team for SAE Aerodesign West in 2013. 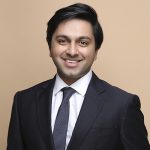 Mr Saket Modi is the Co-founder and Chief Executive Officer (CEO) of Safe Security, an enterprise Cybersecurity and Digital Business Risk Quantification company. A computer science engineer by education, he founded Safe Security in 2012, in his last year of Engineering. Saket has been included in Fortune Magazine’s 40-under-40, Entrepreneur Magazine’s 35-under-35, Forbes Magazine’s 30-under-30 lists among others. The Government of India awarded him the title of “Champion of Change” in 2017