Are you confident to deliver the desired Customer Experience? Is there something amiss in your Customer Success journey mapping?

Before drawing any conclusion, let’s introspect—are we considering all kinds of signals by customers in the digital world?

Global events during 2020 have blown up the rulebook. While no one knows what a post-pandemic world will look like, one thing we can say for certain is that this year will force change.

There is no more runway. No more kicking the can down the road. And no more guessing what the cost of continuing the status quo might be.

For brands, this means giving each customer what they want, when they need it—sometimes even before they know they need it—in order to create a great customer experience across every touchpoint, every time..

Consequently, businesses are also facing several challenges like never before, and the most worrisome of these challenges are:

You have one chance to help each customer maximize their basket size and move towards their lifetime value or help retain them as a customer by providing them great customer service in a timely manner.

None of this is possible without leveraging these signals and deriving intelligence from these signals. This is Customer Intelligence. If you are looking to transform your business, this is the core ingredient to your success

Join ET Unwired’s session on CX, powered by Oracle, to understand how to interpret those signals and take action to make the most of the customer experience? Discover how to help brands build and manage lasting customer relationships by acting in every moment that matters, from customer acquisition to retention—and everything in between. 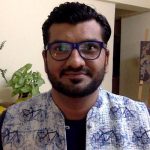 Harshit Desai, Head -Customer Experience, Alliances & Automation, Aditya Birla Finance Ltd Harshit is Digital & Experience Evangelist & new-age Design Thinker whose mission is to automate and enhance experiences of our digital world. His purpose is to make users/customers happy by way of creating compelling, persuasive & meaningful design & interactions.He is a proud Standford alumnus and has been a recipient of various national & international awards for some path-breaking work in UX, Digital Products, Design & Entrepreneurship.His thought leadership is in ‘Experience Consulting’ for Fortune 500 companies his award-winning works have been across domains like FMCG, Telecom, Entertainment, Media, IT & Product Development.

Although being a qualified engineer in Electronics & Telecom, he spends the majority of his time teaching at the Indian School of Design & Innovation (ISDI) and various other B-Schools & D-Schools. He also loves dribbling his spare time in running half & full marathons across length & breadth of India & mentoring Start-Ups. 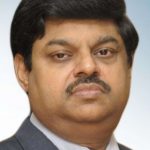 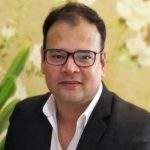 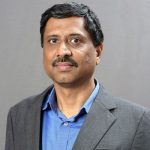 He is responsible for technology infrastructure, enterprise applications and key customer applications. He leads the Technology Lab set-up that aims to partner with external fintechs and technology firms and collaborate with businesses on innovation.

Ramesh was earlier a Director and founding partner at Pragmatix Services Private Ltd, an analytics start-up engaged in Business Intelligence & Analytics domain and had a very successful track record of building new-gen Big Data led analytics platform ‘Fulkrum’, which served as the base for building a number of advanced analytics led business solutions such as early warning system (EWS), Pricing Engine, Working Capital Analytics etc. These solutions were widely used by banks, insurance firms and AMCs across the diverse regions including a number of global financial players.

Pragmatix was acquired by CRISIL in late 2017 and now operates as an independent subsidiary.

Until August 2010, as EVP and Head for IT Infrastructure at the Kotak Group, Ramesh was responsible for group-wide technology policies and practices. He has driven Kotak Group’s strategic technology initiatives and consolidation project to build a unified and best-in-class technology framework.

Prior to joining Kotak, he was the SVP and Technology Infrastructure Head with Citibank India, and managed the Distributed Infrastructure and Data Center Services for all group entities in India. Ramesh also played a number of senior technology leadership roles during his stint at Citibank including as Internet Technology Head and Head, Information Security covering all the aspects of technology management.

He has been featured in several television and media programs on technology including ‘Walk the Tech Talk’ series on NDTV Profit and has published a number of technology related articles in print and digital media.

He has over 25 years of experience in the banking industry. 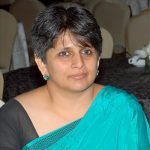 Mangal is the co-founder of FableSquare – A full-service Marketing Agency. She comes with 35 years of diverse experience, of which the last 20 years have been in Sales & Marketing leadership roles.

As Head of Marketing of Tally, she played a pivotal role in positioning the company and its leadership as Thought Leaders. Recognizing this contribution, CMO Asia conferred the ‘Most talented CMO of India’ award on her in Nov 2014.

As the co-founder of Fablesquare, she helps in conceptualizing, developing, and executing digital and traditional marketing campaigns to help the client reach their goals. Her passion is to help CXO’s, entrepreneurs and business owners in their personal branding. She has groomed several business leaders in effective communication – public speaking being a proficient speaker herself.

Apart from being a certified coach, Mangal has also been trained in Time management, Relationship management, NLP, Creative writing & Theater. She has actively groomed several speakers and has served in various (voluntary) leadership roles for Toastmasters International.

She is unpretentious, hands-on and a warm people-person. A Science graduate from Mangalore University, Mangal is happily married and is blessed with 2 Sons. 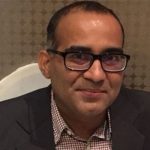 The world is ever-changing and so are businesses. Digital transformation is needed to ensure your data can continue to... read more

Just as health is a state of complete harmony of the body, mind and spirit, modern-day healthcare organisations and... read more

The world is ever-changing and so are businesses. Digital transformation is needed to ensure your data can continue to... read more

Just as health is a state of complete harmony of the body, mind and spirit, modern-day healthcare organisations and... read more