The world’s response to COVID-19 has led to a massive transformation in the workplace. With each passing day, the relationships between organization and customer, employer and employee are getting more and more digitized.

Businesses are embracing digital ways of working to drive greater efficiency, safeguard business continuity and foster employee engagement virtually. Technology is no more an optional urge for excellence, but a burning need for survival and business continuity.

But, what’s next? The current technologies may not solve for what the future holds!

So, how are organizations preparing themselves for a digital workplace 2.0?

Businesses across the world will need to revisit the drawing board to assess their digital transformation roadmap and readiness in order to nurture the most sought after competency –  agility in adapting to any change.

Join a session by ET Unwired —  Reinventing Digital Workplace 2.0, powered by Darwinbox and AISPL  to discover the needs for workplace 2.0, in terms of technology, talent, digital skills, investment, change management to build an agile and engaged workforce that ultimately delivers business results. Tap into the vision and experience of leading CXOs to strategize and build your workplace 2.0 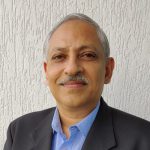 Ashish Mathur is currently working as Group Chief Information Officer (GCIO) at Allcargo Logistics Limited & ECU Worldwide. He is a seasoned IT professional with about 30 years of cross-industry, multinational experience.

Starting his career with the Tata Group in 1989, he has had a long and illustrious career working with reputed organizations such as Pepsi, Fidelity (FIS), Aon Hewitt, Barclays Bank, WNS Global Services and Maersk Group, where he has held senior leadership positions, leading large global teams and transformation programs.  Over the course of his career he has been responsible for playing diverse roles covering the entire gamut of IT services such as setting up & running IT Operations, global infrastructure support, application & ERP implementation, Business Continuity, Information Security, and Business Development. The scale and scope of these roles has been huge with significant global impact.

Ashish has been recognized at many national and international forums, most notably he has won the Top100 CIO award multiple times and the European SSON 2017 award for Excellence in Automation for establishing and institutionalizing global RPA practice at Maersk at a record pace.

In his current role, he is responsible for leading the tech-based growth strategy and innovation at the Allcargo Group globally, and for helping shape the digital agenda of the organization.

Ashish holds an Engineering degree in Electronics & Communication from B.I.T., Ranchi and an MBA in Systems & Finance from XLRI, Jamshedpur. He is well regarded in the industry for his thought leadership, inspirational abilities & strong value system. 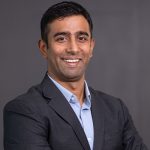 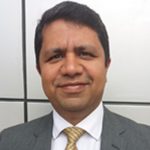 Monesh Dange is the Markets Leader for Advisory Services in India, the largest service line by revenue and headcount with 6,000 professionals and more than 130 partners in the region. He is responsible for evangelizing Digital in all aspects of advisory business while also focusing on acquisitions, new markets, and new solutions to further strengthen the market leading growth.

With a rich experience of over 23 years, Monesh is a veteran ERP practitioner and continues to help clients evaluate, consume, adopt and be advised on a wide variety of technologies through their evolution cycle and incubating new age digital practices. He has been a trusted consultant to several global enterprises in their digital transformation journey. Monesh was previously leading EY’s Technology Solutions and Oracle Advisory practice in India.

At EY and outside, Monesh has been a steering committee member, program leader, global solution architect and risk advisor for clients across Banking and Financial Services, Energy, Gems & Jewellery, Healthcare and Pharmaceuticals, Oil and Gas, Professional Services, Real Estate and Telecom and IT/ITes sectors.

A notable speaker at technology forums, Monesh often represents EY at Business Solution conferences and has even led a national debate on feasibility of ERP Deployments for Small Scale Industries. He is also part of various industry bodies, councils and forums in India.

Monesh is a qualified Chartered Accountant from ICAI and a law graduate from Bangalore University with specialization in Banking, Corporate Finance and Securities. 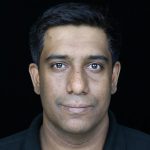 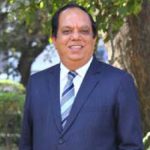 Rated as India’s Best CIO, he has won several prestigious recognitions including CIO of the year, CIO Hall of Fame, Super League CIO, Champion CIO, Global CIO, Global CIO Hall of fame, Most Influential CIO, Innovative CIO, Most Respected CIO, India’s Best IT Manager, and many others. Mr. Sethi has also featured in the CIO Power List for 2015, 2016 and 2017.

He was also won numerous CSR leadership awards including being rated as India’s Most Innovative CSR Leader, Outstanding CSR Leadership award and has featured in the list of India’s 50 most talented CSR Leaders and World’s Top 100 Most Impactful CSR Leaders.

He is a member of various national forums including Chairman of IT committee of Society of Indian Automobile Manufacturers (SIAM), Member CII’s National Committee on IT and ITeS, Co Chair CII National Committee for CIOs, and Board member of SAP India User Group (INDUS). He is on the advisory councils of several leading organizations. And also is chairman of CSR & Sustainability Forum of National CSR Network.

A regular speaker at various institutes and forums, Mr. Sethi holds a Masters Degree in Industrial Engineering, an MBA in Materials Management and a Bachelors Degree in Mechanical Engineering. Apart from this he has attended leadership programs organized by leading global institutes including Harvard Business School, Indian School of Business and also has a number of certifications in various areas of management and IT.

SAP on Azure: Unleash the power of Cloud for Intelligent Retail

SAP on Azure: Unleash the power of Cloud for Intelligent Pharma

SAP on Azure: Unleash the power of Cloud for Intelligent Retail

SAP on Azure: Unleash the power of Cloud for Intelligent Pharma