Pandemics have plagued civilizations multiple times throughout human history causing significant social and economic cost to humanity. However, COVID-19 pandemic has affected billions of people globally bringing life to standstill. We understand that behind our current fight to save lives, there’s another crisis unfolding for governments who are stretching to get life-saving health supplies to hospitals and keeping society functional.

This crisis has a far-reaching impact and it’s hard to predict precisely how it will shape our society, but we could see a greater focus on crisis preparedness, systems resilience, and access to health care.

We at The Economic Times are launching the four- part webinar series – Cipla Presents The Economic Times Swasthya Sammelan 2020. a live streaming insight sharing and collaborative reimagining platform for the Public Healthcare setup. We envision this as the Public Healthcare Leadership huddle to initiate a dialogue on actionable solutions to healthcare delivery and cross adoption of industry best practices.

As the program will be streamed live, healthcare fraternity gets the opportunity from across the country and health domains to get in touch with the panel experts and their peers digitally, enabling all of us to come together to ensure a healthier India. This platform will give reassurance and perspective to government pharmacists, procurement staff and other healthcare workers in these uncertain times. 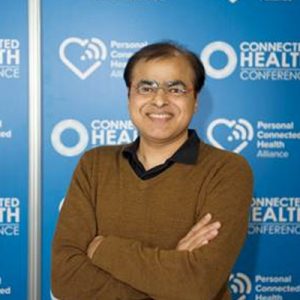 Prof. Rajendra Pratap Gupta is revered globally for his contribution to Public Policy. He played an important role in drafting the National Health Policy, National Education Policy, Policies for Labour and employment and also, the health policy for the state of Uttar Pradesh, and was in the core team to draft the Digital Health guidelines at the WHO.

In 2012, he was felicitated by the sheriff of Los Angeles as the ‘Global Healthcare Leader’; For three years in a row, he was named the ‘Thought Leader of the Year’ by ICT Post, and honored by ‘Medgate Today’ as amongst the ’25 Living Legends of Healthcare in India’.  Considering his global contribution, he was nominated to the World Economic Forum’s Global Agenda Council

He has authored four best-sellers; Healthcare Reforms in India- Making up for the Lost Decades, Your Vote is Not Enough, Your Degree is Not Enough, and ‘Tough Choices & Hard Decisions’.

Rajendra has been invited by global organisations like the United Nations, UNESCO, World Bank, Asian Development Bank, World Health Organization, World Economic Forum, ITU, United States of America, Algeria, Japan, Finland & Bangladesh, and also by the Ministry of Health, Ministry of Human Resource Development , Ministry of Labour and Employment & The Planning Commission – Government of India, for his views on diverse range of topics. 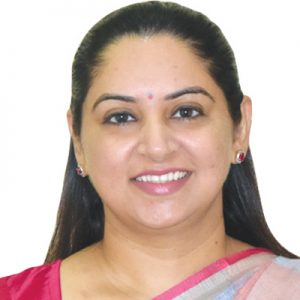 Dr Navjot Khosa IAS is currently the Managing Director for Kerala medical Services Corporation. She is heading this organisation since 2016 which is undertaking the entire procurement for the department of Health and Family Welfare ,Kerala. KMSCL does purchase of essential drugs, speciality drugs and anti cancer drugs. It also procures all the medical equipments for the state. KMSCl also operates and runs 20 drug warehouses and is involved in setting up  of  state of the art dialysis centres and cath labs. KMSCL is also running the 108 Ambulance network in the state on a aggregator based model.

Since the outbreak of COVID 19 epidemic in the state when Kerala recorded its first case in INDIA on Jan29,2020, KMSCL has been fully engaged in providing critical infrastructure to the state. This includes, PPE kits, N95 masks, surgical masks, gloves, santisers etc. KMSCL is also engaged in setting up of covid care centres, Centres for first line of treatment (CFLTC) by procuring Critical care infrastructure from Ventilators, oxygen cylinders, to ICU set up etc. Another critical procurement handled by KMSCL is with regard to ramping up of laboratory  based testing  capacity of the state. This involves procurement of PCR machines, reagents and kits,  swabs, VTMs etc.

Dr Navjot Khosa who is an IAS officer of 2012 batch is spearheading the vital procurement in Covid times and ensuring the purchases are done transparently and qualitatively. She is also the State Mission Director for National Ayush Mission in Kerala. She has been Commissioner of Food Safety in Kerala in the past where her strict enforcement of the newly passed Food Safety Act saw drastic improvement in food quality. Her project Operation Sagar rani for fish and marine products has won many state and national awards. 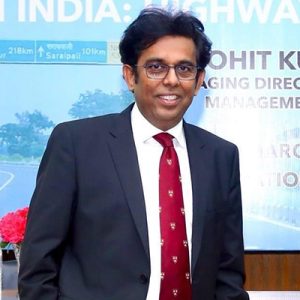 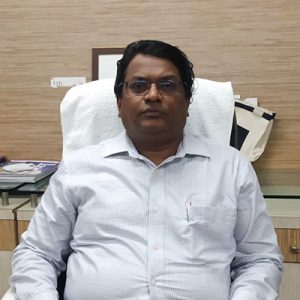 Dr Suman Ratnam is Medical Graduate and had joined the cadre of Indian Revenue Services in the year 2005. He has worked in different capacities as Assistant Commissioner to Additional Commissioner of Income Tax. Before joining the Government of Gujarat, he had worked as Additional Commissioner of Income Tax, Mumbai. He has also worked in Assessment, TDS, and Investigation Wing in various capacities. Since August, 2019 he is holding the post of Managing Director of Gujarat Medical Services Corporation Limited and is also holding the charge of Executive Director of Gujarat Tribal Development Corporation since 2018.

Reading Books, Watching Movies and Social work are few of his fields of interest. He likes to study, analyse and observe the Politics and Political Trends.

In present Covid -19 conditions, he has put extraordinary efforts to ensure the timely availability of Medicines, Ventilators, PPE Kits and Masks. His ability of quick response and decision making has strengthened the fight against Covid -19 in the State of Gujarat. 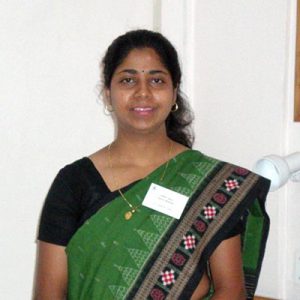 After completing my schooling from Kendriya Vidyalaya, New Delhi and Sardar Patel Vidyalaya, New Delhi, I joined the Delhi College of Engineering in 1997. I graduated with Honours in Bachelor of Engineering, B.E (Civil) in 2001. Subsequently,
I worked in the Information Technology sector with
Infosys Limited, Bangalore from 2002-2003 and with the German IT giant SAP from 2003-2008.

I joined the Indian Administrative Service (IAS) in September 2008 and was allotted to Odisha Cadre. I have served in various capacities as Sub-Collector, Project Director, District Rural Development Agency (DRDA) and Collector & District Magistrate across various Districts in the State of Odisha. Presently, I am posted as Managing Director at Odisha State Medical Corporation Ltd. (OSMCL), Bhubaneswar where I have been working since June 2019.

Prosperity and economic developments resulting from the new partnerships and agreements across businesses is paving a way for a... read more

More people than ever before are working remotely. Before the pandemic, working from home was a privilege with strict... read more

Prosperity and economic developments resulting from the new partnerships and agreements across businesses is paving a way for a... read more

More people than ever before are working remotely. Before the pandemic, working from home was a privilege with strict... read more