Post Paris agreement, many companies are pledging towards climate change by reducing their own greenhouse-gas emissions, yet many businesses are finding that they cannot fully eliminate their emissions, or even lessen them as quickly as they might like. For the companies committing to achieve net-zero emissions, which means removing as much greenhouse gas from the air as they put into it, use of carbon credits will be very important to offset emissions they can’t get rid of by other means.

India can acquire a major share of this opportunity and attract significant investment in voluntary carbon credit generation projects if the policy framework can be streamlined and a conducive operative environment can be created. Private investment flows in the carbon credit generation projects can not only help the country improve the local environment, but also put substantial money in the hands of Indian farmers, as the carbon capture opportunities in Indian agriculture are humongous.

The Paris Agreement requires all ratifying Parties to communicate an NDC (Nationally Determined Contribution). NDCs are documents capturing the pledges made by each country, outlining their mitigation and adaptation goals, under the agreement.  The first India NDC for the period 2021 to 2030 focuses on three priority areas:

Agriculture plays a vital role in India’s economy and about 49% of the working population depends on agriculture as their principal means of livelihood, (MoA&FW, 2016). Agriculture, along with fisheries and forestry, is a large contributor to the Gross Domestic Product (GDP). With agriculture being a major contributor to the GDP as well as GHG emissions, this indicates that India might claim emission reductions or removals created in an agriculture project for accounting under its NDC target.

The issue of Double Counting:

Double claiming may occur when two different parties claim the same emission reduction / removal / mitigation outcome. In the context of the Paris Agreement, this can occur when

a project’s host government claims the outcome towards its NDC and at the same time another country (for their own NDC) or an entity for a specific carbon reduction project claims it.

If the government of country from its national inventory does not exclude the benefits created by a specific carbon sequestration projects, this represents a double claiming situation. Carbon standards such as Gold Standard require a statement/clarification from the government proving such an adjustment. Due to environmental integrity, all carbon standards are very sensitive concerning this. The host country can forgo a claim to the emission reduction/removal outcome from a voluntary market project by applying a corresponding adjustment to the reporting of its progress towards achievement of its NDC, such that the level of effort required to meet its targets remains unaffected.

In India, The Ministry of Environment, Forest and Climate Change (MoEFCC) is the responsible entity for the post 2020 climate regime and is the key national climate change focal point working on preparing and submitting national communication reports including the NDC to UNFCCC and meeting its Convention obligations. MoEF has formed an Apex Committee for Implementation of Paris Agreement (AIPA) that shall exercise and perform the function as a National Authority to regulate carbon markets in India, under Article 6.2, Article 6.4 and Article 6.8 of the Paris Agreement.

While smallholder agriculture is NOT included in the current INCD, in the absence of a clear guidance on the carbon accounting, especially on the double counting, the private and international investment in carbon capture projects may slow down. 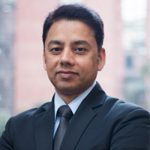 Mr. Anshuman, Associate Director, Water Resources Division of TERI (The Energy and Resources Institute) has been working in the field of water sector since last 24 years. His key qualifications include M. Tech. in energy & environmental management from Indian Institute of Technology (IIT), N. Delhi. 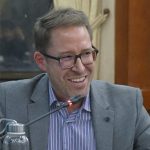 Ole is a Senior Scientist and IRRI’s climate change focal point. His research group focuses on greenhouse gas (GHG) emissions and mitigation technologies. He currently leads IRRI’s country office in Vietnam. Ole completed his PhD at the University of Kiel in 2008. In 2010, he joined IRRI as a Collaborative Research Scientist with Dr. Reiner Wassmann.

Ole’s expertise in agricultural environment and multi-stakeholder engagement further supports the implementation of IRRI’s agenda throughout the field of climate change research and climate-smart technologies. Throughout his years with IRRI, Ole has continually worked with various stakeholders in countries within the region to foster the implementation of climate-smart farming practices. 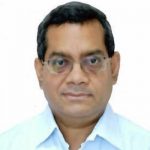 Shri R. P. Gupta is an IAS Officer of 1987 Batch of Gujarat cadre. He did B. Tech. from IIT, Kanpur in Aeronautical Engineering.

He has taken over charge as Secretary, Ministry of Environment, Forest and Climate Change on 1st June 2020.  Prior to this, he was in NITI Aayog as Special Secretary and Additional Secretary, dealing with the subjects of Energy, Transport, Health, Education and Rural & Urban Development, from 2017 onwards till May 2020.  Earlier, he had worked as Joint Secretary in Ministry of Coal from 2015 to 2017.

In cadre, he had rich experience by virtue of his working in various departments – to narrate a few, he had worked as

Besides all these and also apart from working in the field assignments in earlier part of his career as District Development Officer, Municipal Commissioner, District Collector etc., he had mainly worked in the field of education, land record and energy at the policy making levels. In every field, the focus was on streamlining the system and introduction of modern technology to make the system more people friendly and responsive to their needs.

In the area of land records, digitization of village maps and land parcels and synchronizing them with satellite imagery along with geo-stationery tagging was done. Resurvey of State of Gujarat using modern technology was also started during this time.

In the field of education, he introduced completely transparent computerized system of teachers’ recruitment enabling the State to recruit tens of thousands of teachers purely on merit in a short period of one month. His other contribution was in conceptualizing and implementing an annual assessment of quality of education in about 35000 Government schools in the state of Gujarat in digitized format to compare schools, tehsils and districts across the State but also enabling improvement or deterioration over time and assessing teachers’ performance.  While working as Secretary, Department of Food and Civil Supplies dealing with the Public Distribution System (PDS), apart from fully computerizing the PDS right from Fair Price Shop to State Government level, he had ensured that a system of biometric authentication was implemented to eliminate the leakages. In this capacity he also dealt with LPG and Kerosene distribution through PDS as cooking and lighting fuel. 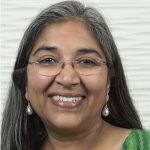 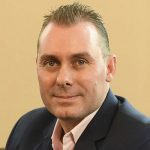 Simon is the Chief Operating Officer of the Crop Science Division of Bayer for India, Bangladesh & Sri Lanka. He has been in this role since August 21, 2018 and is based in Bayer’s South Asia headquarters in Mumbai, India.

Prior to this, Simon was the Chief Executive Officer for Bayer’s Crop Science Division in South East Asia, based in Bangkok, Thailand. Simon started his career with Bayer in 1998 based at the company’s headquarters at Germany. He built his professional experience by working across various functions such as Sales Support, Operations, Tender Management, Controlling and Strategy, within Germany, Eastern Europe and Asia.

With more than two decades of having worked in the field of agriculture, Simon is passionate about the fundamentals that are needed to produce sufficient food and improving agriculture. He is also a strong supporter of sustainable agriculture and believes that technology and digital farming tools can improve the quality of food, reduce efforts needed to farm, ensure traceability and help farmers earn better livelihoods.

On the family front, Simon is married to wife, Tanja. They have two sons: Tyler, aged 15 and Nik, aged 12. 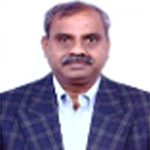 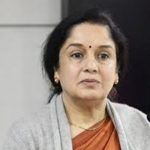 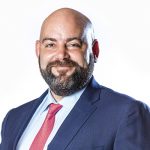