The entire world is gripped by the Covid-19 pandemic, the global supply chain is experiencing a level of disruption that has never been seen before. Some manufacturing companies have halted their production completely, while some have seen greatly reduced demand and others have seen a massive increase in demand. The global crisis has affected every manufacturer in some way or the other. From being one of the potential growing, automation – widely regarded as optimistic & future thinking sector to coming to a point of cessation, due to the increasing number of cases.

Recent developments in factory optimization have forced the need to adapt machinery and other processes to make manufacturing more effective. Industrial Automation sector is opening many opportunities for technology companies that are innovative and can cater to automotive or agricultural companies. Demand is further expected to increase in the coming years as companies need more Automation to remain competitive. Moreover, Industrial Automation is becoming an important part of companies producing in India that apply the latest technologies.

Besides, India is moving towards Industry 4.0. Hence, the Industrial Internet of Things (IIoT) will emerge as a game-changer for the manufacturing Industry. India provides a great pool of skilled workforce for the Industrial Automation sector. This industry has a great present and future prospect. Companies interested in entering India will find good business opportunities in this sector.

We will be discussing on automation for manufacturing and how we can implement them in our plants and workstations. Various applications and creating a sound environment for a manufacturing plant to run at less capacity but increasing its productivity. 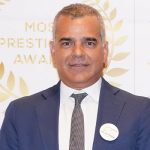 I speak Italian, English, I know French and a little bit of Chinese. I know also Latin and Old Greek.

During the university years I created with my friend  a small company for  home computers repair  and  software development.

We became official maintenance point in Crema area for Commodore, Sinclair and other brands. At the end of university (1986) the home computer market was disappearing and we were not interested to switch to Pc’s maintenance so we closed the company

Because in the past I developed some software for Bettinelli F.lli S.p.A., they asked me to became their IT manager .

Bettinelli F.lli S.p.A., were I am still working, is a mechanical company. It  produces and sells cam box systems and pharma and cosmetics SPM. In 1986 it had 25 employees only

With a team of 2 software engineers we developed CAE softwares for cam profile design and manifacture. We developed also a proprietary CRM solution, fully integrated with the production process. That softwares are  running in the company.

Because I achieved all the target as IT manager I moved to manage and reorganize the production process.

JIT process was implemented and MRP software was developed to support the planning process. The company started the investment in FMS and at the end of the period the production was on 3 workshifts: the day shift controlled by workers and the night shift completely without human control.

When the reorganization of the production ended I started to certificate the company activities. All the process were mapped, targets and performance metric was implemented for every process. In 2001 the company was ISO 9001:2000 certified.

In the same year I started the MBA in SDA-Bocconi University in Milano. For the next two years I worked in the company during the day and in the late afternoon I moved to Milano to the lessons. in 2003 I obtained my MBA degree.

In 2002 I started  the intenationalization  of Bettinelli. The international sales force was composed by resellers and agents, so Bettinelli was not directly on the markets.

In 2007 the second subsidiary started in Germany (CDS GmbH) and I became first the procurator and then the Geschäftsführer/ Managing Director of the new company with 2 employees.

The expansion of Bettinelli was slowed down by the general recession in 2009. I became in the same period ad interim HR Manager and Financial/Account Manager to implement special strategies.

As HR manager I started a negoziation with Unions to reduce the workforce in the company. In few months the agreement was signed by the Unions and the company started to operate accordingly.

As Financial/Account Manager  I introduced a better financial planning system, new agreements were achieved with the main suppliers and new credit lines were opened with the banks.

The implemented strategy was successfull so I resigned as HR and Financial/Account Manager in 2010.

In the same year  Bettinelli Automation Components Pvt. Ltd. was created in India. After few months the new Indian subsidiary starts to have good performances so I am moving to the next step, starting assembly process in the Indian and USA subsidiaries. The aim is to become more competitive on those markets. 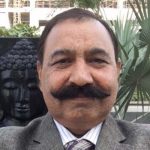 I am post graduate in Pharmaceutical sciences of 1983 batch and a hard core manufacturing professional, with in depth knowledge of Pharma formulations operations, having worked with major Indian companies at senior level. Since last 15 years or so, I have worked as Plant Head: Sun Pharma, GM Mfg; Torrent Pharma, Plant head of Ranbaxy and now as Sr. V.P. Amneal Pharmaceuticals. My major exposure has been in handling FDA approved facilities catering to US, Europe & other highly regulated markets. I have handled very large work forces in these plants. Involved in various innovative techniques in pharma mfg. & operations.
Close